Kawasaki/Osaka, Japan – Panasonic Corporation has achieved the world's highest energy conversion efficiency of 16.09% for a perovskite solar module (Aperture area 802 cm2: 30 cm long x 30 cm wide x 2 mm thick) by developing lightweight technology using a glass substrate and a large-area coating method based on inkjet printing. This was carried out as part of the project of the New Energy and Industrial Technology Development Organization (NEDO), which is working on the "Development of Technologies to Reduce Power Generation Costs for High-Performance and High-Reliability Photovoltaic Power Generation" to promote the widespread adoption of solar power generation.

This inkjet-based coating method that can cover a large area reduces manufacturing costs of modules. In addition, this large-area, lightweight, and high-conversion efficiency module allows for generating solar power highly efficiently at locations where conventional solar panels were difficult to install, such as façades. 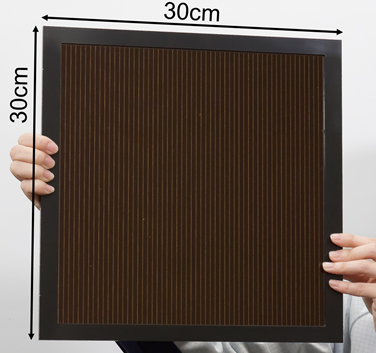 Fig.1 Perovskite module with the world's highest conversion efficiency among that of the same size

The crystalline silicon solar cells, which have been most widely used in the world, have found markets in Japan in such fields as mega-solar, residential, factory and public facilities. To penetrate further into these markets as well as secure new markets, it is crucial to make solar modules lighter and larger.

Perovskite solar cells*1 have a structural advantage as their thickness including a power generation layer is only one-hundredth of that of crystalline silicon solar cells, so that perovskite modules can be lighter in weight than crystalline silicon modules. The lightweight property enables various placing styles such as installing on façades and windows by using transparent conductive electrode, which can lead to the wide-spread adoption of Net Zero Energy Buildings (ZEB*2). Further, as each layer can be coated onto the substrates directly, they can be produced cheaper, compared to the conventional process technology. That is why perovskite solar cells are getting attention as next generation solar cells.

Against this background, the NEDO is working on the "Development of Technologies to Reduce Power Generation Costs for High-Performance and High-Reliability Photovoltaic Power Generation*4" project to promote the further adoption of solar power generation. As part of this project, Panasonic has developed a lightweight technology using glass substrates and a large-area coating method based on inkjet method including ink producing and tuning applied to the substrate of perovskite solar cell module. Through these technologies, Panasonic has achieved the world's highest energy conversion efficiency of 16.09 %*5 for the perovskite solar cell module (aperture area 802 cm2: 30 cm long x 30 cm wide x 2 mm thick).

In addition, the adoption a large-area coating method using inkjet method in the manufacturing process also enables cost reduction, and the large-area, lightweight, and high-conversion efficiency characteristics of this module enables high-efficiency solar power generation at locations where conventional solar panels were difficult to install, such as façades.

By focusing on the inkjet coating method that enables the raw material to be coated precisely and uniformly, Panasonic applied that technology to each layer of the solar cell including perovskite layer on glass substrate and realized high power conversion efficiency for a large-area module.

Among the atomic groups that formed perovskite crystal, methylamine has thermal stability issue during the heating process during module production (methylamine is removed from perovskite crystal by heat, as a result, a certain part of crystal is destroyed). By altering certain part of methylamine into Formamidinium, Cesium, Rubidium that have appropriate atom diameter size, they revealed this method is efficient for crystal stabilization and leads to contribute to high power conversion efficiency.

In the thin film forming process with inkjet coating method, there is the flexibility for coating pattern, while dot patterning of material and crystallization uniformity over each layer surface are essential. To satisfy these requirements, both by tuning the concentration of perovskite ink to certain content and by precisely controlling coating amount and speed during printing process, they realized high power conversion efficiency of large-area module.

By optimizing these technologies through coating process in each layer formation, Panasonic succeeded in enhancing crystal growth and improving the uniformity for thickness and crystal layer. As a result, they achieved the power conversion efficiency of 16.09% and took a step forward to practical application.

By realizing lower process cost and more lightweight for a large-area perovskite module, NEDO and Panasonic Corporation will plan to create new market in which the solar cells have never been placed and adopted. Based on development of each material related to perovskite solar cells, NEDO and Panasonic aim to achieve high efficiency comparable to that of crystalline silicon solar cells and enhance the effort to reduce producing cost to15 yen/W.